Experience the charms of Galle and Sri Lanka’s southwest coast on a day trip from Colombo, with an expert driver-guide.

Learn about Galle’s maritime history, and visit Talwatte’s simple-but-moving Tsunami Photo Museum to chart the impact of the 2004 disaster. Before returning to Colombo, enjoy lunch and discover Bentota Beach.

Stop At: Weligama Fishtheraphy, 41, Kapuwatta Denipitiya, Matara 81730 Sri Lanka Complete your Galle day tour with a visit to see the amazing Stilt Fishermen in Weligama. The fishermen sit on a cross bar tied to a vertical pole which is planted in the coral reef and the stilt with one hand while seated and carry out rod and line fishing with the other hand. The practice of stilt fishing started about 50 years after the end of the Second World War when fishermen found that fishing off the rocks that protrude over the sea was not enough to catch fish in large numbers, so they started planting discarded metal pipes into the reef and using them to lean against and fish. Over time the fishermen discovered that timber worked just as well as developed the poles into the more modern day versions that we see today. It is a unique sight to behold and one that should not be missed as we watch and marvel at Man’s dexterity to overcome any hurdle. Duration: 30 minutes

Stop At: Jungle Beach, Unawatuna 80600 Sri Lanka climbed down toward the true destination of your day trip — Jungle Beach. Not another person in sight, just twin stretches of deserted sand trapped between the ocean and Rumassala Rock. Having just experienced the soul-crushing lameness of Unawatuna, this beach was exactly what we needed. Peace, solitude and gorgeous nature. Duration: 30 minutes

Stop At: Galle Fort, Church Street, Galle 80000 Sri Lanka Galle Dutch Fort – After learning about the sheer determination of the people through the art displayed at the Tsunami Photo Museum, let us now head down to the Galle Dutch Fort. With a tumultuous history dating back to several centuries, the city’s strategic location made it a hub for trade by sea and subsequently a landing point for the island’s colonial rulers. A fort was built to ensure protection and preservation of the city the Portuguese in early 16th Century and then extensively fortified by the Dutch during the 17th century. Originally the fort was an earthen structure with palisades, a rampart and three bastions and a moat surrounding it. Under the control of the Dutch, they built impregnable fortifications with coral and granite stones and the Fort resembled a small laid out walled town with a rectangular grid pattern of streets full of low houses with gables and verandas. Duration: 1 hour

Stop At: Tsunami Photo Museum, Templeroad Just North of Hikkaduwa, Telwatta Sri Lanka Tsunami Photo Museum – Your next stop will be at the Tsunami Photo Museum which is located in Talwatte. After the devastating Tsunami of 2004, which struck Sri Lanka along with many other countries, the recovery process has been slow, long as well as arduous. The coastal areas were the worst hit and re-development still continues with physical as well psycho-social rehabilitation being one of the most important areas. To ease the process so that people can talk and articulate about the horrors of the Tsunami as well as to provide a place where beauty and art is still in abundance, the Tsunami Photo Museum was established. It is a completely charitable museum which provides free entrance and has drawings, paintings, photographs – art in all its glory – to tell a story of every individual to lived through the Tsunami of 2004. Duration: 1 day 6 hours

Stop At: KOSGODA Turtle Conservation and Research Centre, Duwemodara, Kosgoda 80570 Sri Lanka Turtle Hatchery – Your day trip to Galle starts with a visit to Turtle Hatchery. Sri Lanka is home to many different wildlife creatures including sea- life and of the seven species of marine turtles in the world; five of them make their way to Sri Lanka to nest throughout the year. The five species of marine turtle nesting in Sri Lanka include the Green Turtle, the Leatherback, and the Hawksbill, the Loggerhead and the Olive Ridley. Established to protect turtles that nest in the Sri Lankan beaches from extinction, the marine turtle hatcheries are operated by the Wild Life Protection Society of Sri Lanka and rely on volunteers to help with their conservation project. You can help release the turtles back into the sea and find out how we can help these endangered species live a little while longer.. Duration: 1 hour 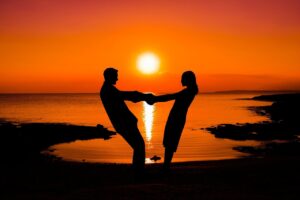