Beeralu or lace making can be considered  as one of the important aspects of Sri Lanka’s heritage . It has  long been regarded as a traditional craft of our country. Although a legacy of the Portuguese and the Dutch  colonization it is now part of our own culture and has a history of over 600 years.

Beeralu craft which is a  cottage industry especially down south has received worldwide recognition and is one of the specialities many tourists earnestly look for. Locals and foreign tourists flock to these villages in large numbers to watch these housewives working  on these  intricate lace making designs.

Beeralu weaving was popularized in Sri Lanka after the Portuguese invasion in the 16th century. Later the Dutch also contributed in developing the Industry. Even though the Portuguese and Dutch periods were the golden age of the Beerlu industry in Sri Lanka, it is considered that the Malays who arrived here from Indonesian islands and the Malay region, were the first to introduce the craft to the island.

Ancient kings and their queens appreciated Beeralu lace profusely. The book titled “Beeralu lace in Ancient Ceylon” says the history of Sri Lankan Beeralu industry dates over 600 years. In the past, weaving beeralu was a way of showing skill, a hobby and an extra earning for village womenfolk.

The process of Making Lace

The process of making beeralu—though fascinating to watch—requires a lot of time and effort. First, the pattern of the lace is hand-drawn on graph paper, marked with round head pins, and wrapped around a lace pillow. Afterwards, several lengths of thread are wound around wooden bobbins, and last of all, the threads are braided or woven around the pins, which ultimately form into a finished piece of lace.

The use of bobbins is what gives the lace its name; in English, it is known as bobbin lace, and in Sinhalese it is called beeralu rende. The word beeralu is actually derived from the Portuguese word ‘bilro,’ which means bobbin, while ‘renda’ is the Portuguese word for lace.

The lace has a charm of its own, with its intricate detailing, and is a valuable material in the textile industry, because it is purely handmade, and the process is a traditional method of weaving lace.

Prior to starting work on the craft, the particular design is drawn on a graph paper (Koiru/ ispisalaya). It is then attached to the kotta boley with pins inserted on the entire design. The weaver then takes the thread around the pin manually, using beeralu to form various knots to create the design outlined on the graph paper.

It is during this process that elegant pieces of beeralu lace take shape. As the crafting continues, the weaver is seen rotating the small pillow (kotta boley) to gather the lace strips around it. The number of beeralu used for weaving varies depending on the pattern, while the threads used for weaving can be white or coloured, or a mix of both. Most often beeralu lace is created in long strips and these strips are then attached together to create various items such as table mats, shirt collars, coasters, blouses, etc., as weaving these items straight away can be time consuming. 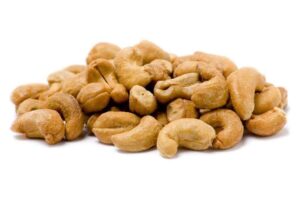