Toddy, or රා as it is commonly known, is a popular alcoholic beverage found in Sri Lanka. Most Sri Lankans, especially those that live on the coastal belt, are well acquainted with this traditional drink whose roots can be traced to pre-colonial Ceylonese kingdoms. There is treacle toddy (කිතුල් රා), palm toddy (තල් රා) and a variety of other brews, but the undisputed king of toddy is the special blend made of coconut (පොල් රා), consumed by locals and foreigners alike in many parts of the country. Toddy made of coconut gets a special mention in many an old folk tale, with its virtues sung by the likes of the legendary court jester Andare himself.

Toddy tappers spend hours at the top of coconut trees. It’s a dangerous profession. Strong rain and wind can cause the tappers to fall.

The toddy tapper usually walks a tightrope (athura) tied high above between two adjacent coconut trees. He holds on to a one rope at shoulder level and walks on the other ever so carefully, because a single misstep would be fatal. This is a frequest sight in the early morning in western coastal areas in Sri Lanka such as Panadura, Wadduwa, Maggona, Payagala, Beruwala to Aluthgama.

The toddy tapper’s first task is to dry the coconut flower. This is to prevent the flower from cracking during the process of tapping. This used to be done with the aid of young coconut leaves but today dried coconut husk rope is used.

Tools Of The Trade

The tool box used for tapping, or the ‘tapping box’, contains special knives and cleavers that are used during different stages of the process.

On each tree, the flower is beaten with a small club and a small pot is attached to its end, to collect the sap that oozes out toddy. The toddy in all these pots are poured into a special container called the රා ලබ්බ (raa labba).

A special tavern known as the waadiya (වාඩිය) on the premises of the athura is where the collected toddy is stored until it’s transported to the distillery or vinegar manufacturing plant or any other byproduct manufacturer. The waadiya is also where the tappers and other workers cook their meals, have lunch, and take a nap after a long and arduous tapping session.

Toddy tapping and sale of fermented toddy requires a compulsory government license obtained from the Department of Excise. Additionally, when performing tapping duties, this license and a certificate from the relevant Graama Seva Official must be carried on the tapper’s person.

Among the numerous problems encountered by toddy tappers is the muddying up of land during rainy seasons. Spending hours a day on muddy soil can result in blisters on their feet, among other things, often incapacitating them for weeks ‒ meaning they will be without a means of income for an extended period of time. Tappers rely on traditional home remedies such as turmeric oil and various herbs to combat these ailments.

Toddy tapping is a seasonal trade. During off season, those in the trade have no choice but to find other work in order to make a living. Some grow vegetables and other crops in the small space between the coconut trees, and sell what little harvest they can get to sustain their families until the next toddy season.

This trade is a generational one. Most tappers lament that it is increasingly difficult to engage in the trade they inherited, chiefly due to an artificially manufactured toddy that has entered the market. According to some tappers we spoke to, the distilleries have now begun to pay closer attention to this new arrival. There is little to no intervention from the government to protect the traditional toddy industry, they complain. More and more artificial toddy manufacturers are getting government licences; not only is this harmful for public health, but also a threat to these people’s livelihoods. 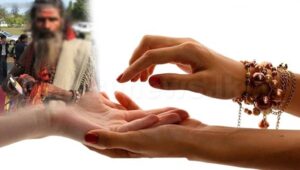